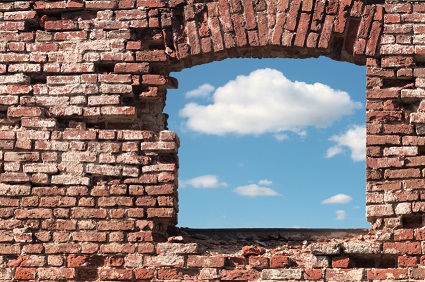 The Lawyer reports today that the Bar Council of India is about to approve rules to permit foreign lawyers to practice in India. National and local law firms in India are already concerned about how the entry of foreign lawyers and law firms could change the competitive dynamics of the Indian legal market.

The predators are coming.

The two most frequent concerns that I have heard from Indian lawyers are: (1) that some foreign firms will engage in predatory pricing in order to grab market share; and (2) that the foreign firms will siphon away much of the best Indian legal talent. Based on our firm's experience advising national and local law firms in other markets that have been confronted by similar competitive developments, my Walker Clark colleagues and I agree that these concerns are realistic and substantial.

However, we have also observed that these risks are manageable and that foreign competition, even within the limitations under consideration in India, can actually make good national and local firms even stronger.

Each Asian legal market is different, and many Indian law firms will need to reconsider and, in some cases, fundamentally change, how they have previously managed themselves, both with respect to internal operations and business development. For some firms, the ability to plan and manage change, rather than have changed forced on them, could make the difference between continued success and a slow downward spiral into market irrelevance.

Indian firms already have some advantages.

We can point to our experiences and observations in other Asian legal markets that suggest potential assets for local and national Indian law firms as they welcome their new foreign colleagues. We believe that, for well-managed, progressive law firms in India, the entry of foreign law firms and lawyers offers more opportunities than threats. As a partner in a leading South Korean law firm observed, concerning the entry of foreign lawyers under the free trade agreements with the European Union and the United States, "The competition from foreign law firms has made us better in almost every respect."

Moreover, India's economic prominence in Asia, with more than a half-century of democratic economic growth, has produced sophisticated national and local law firms that my colleagues and I often compare favorably to what we observe in law firms in the United States, United Kingdom, or Europe. In addition to the opportunity to establish well-structured, productive collaborations with foreign law firms, we believe that Indian law firms will continue to be able to compete very effectively for high-value legal work from foreign and Indian clients alike.

The biggest mistake that Indian law firms can make, however, is to try to copy "best practices" from North America or Europe. In our experience, most of those structures do not fit very well into the dynamics of legal markets like those in India. (Indeed, many of them don't even work that well in North American and Europe.) Instead, for a list of reasons too long to discuss in this blog article, Indian firms frequently can obtain more relevant insight and guidance from the experiences of successful independent firms in Latin America and, more recently, in central and eastern Europe. Even these "emerging markets" models need to be sent through the intellectual filters of the current state and future potential of an Indian firm's practice specialties and client sectors. The experiences and responses of law firms elsewhere often can be instructive, but they should never be considered to be prescriptive.

For more observations and insights about the impact of the entry of foreign lawyers into Asian legal markets, click here.

For the latest reliable global statistics about the COVID-19 pandemic, click this link to go to the Johns Hopkins University website.