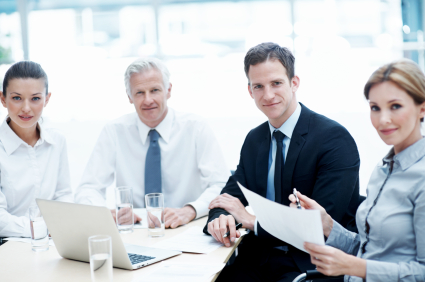 In the past 20 years, I have moderated or participated in more than 200 panel discussions at professional conferences. Some of these have been very successful, others less so. I could generate a long list of suggestions for effective panel discussions, but here are seven that, in my experience and observation, stand out as among the most important ones.

Three to five panelists is usually the maximum effective size for a 90-minute panel. Larger panels usually result in no panelist having enough time to go into any depth in the discussion. This is a major cause of audience feedback that criticizes the session as being "superficial" or "too theoretical." If you believe that you should go beyond the five-panelist limit, be sure that there is a compelling case to do so.  Otherwise, do the math to understand how little time each panelist might have (and multiply that by 80% to arrive at a more realistic forecast).

Resist pressure to add extra panelists only for reasons of geographical diversity or internal organizational politics. For this reason, my own practice as a moderator is to insist on a veto over the assignment of a panelist to a session that I am moderating. (I have seldom had to do so, however.)

Agree to avoid topics that could take the panel discussion off onto tangents leading far away from the subject of the session. (Partner compensation and associate "loyalty" in law firms are two issues that I usually try to avoid -- unless, of course, the session is about partner compensatioin or associate retention.) If one of these out-of-bounds subjects arise during the discussion -- frequently in the form of a question from the audience -- be prepared politely to decline to discuss it, other than to acknowledge its relevance and that it could easily take up a full session, or a full day, by itself.

3.  Be clear about the extent of audience participation.

Contrary to popular belief among many conference organizers, an "interactive session" is not always the best format. Audiences do not have to "talk" in order to be engaged and interested.

For example, if each of the panelists is going to address in depth a significant subject relating to the session topic, the goal of the session could be to inform the audience in depth. The best format might be the traditional series of presentations, perhaps with comments from other panelists, and with no audience participation at all.

For most panel discussion formats, audience participation should be limited to relevant questions and brief examples. "Interactive" does not mean that anyone in the audience may use a question-and-answer opportunity to make a speech, promote his or her own expertise, or attempt to hijack the discussion with extraneous, irrelevant matters.

Likewise, if you intend that your session should be an open forum, with audience participation essential to its success, be prepared to design the program so that there will be adequate time and frequent opportunities for the audience to become, in effect, part of the "panel."

4.  The most "spontaneous" discussions usually are well-planned.

The panelists and moderator should have discussed the panel topics in advance, and each person should know when he or she will be expected to take the lead on a question. Nothing is worse than a moderator asking a question and being greeted by silence from the panel, or by having a panelist waste time by trying to respond in an unfocused or overly-generalized day. The best way to avoid this is to have one or two meetings to discuss who will address what questions.

The most disrespectful thing that a panelist can do is take more than the agreed time to make a short presentation, make comments, or answer questions. Droning on for 15 minutes when you were only supposed to have five minutes does not make you look more "expert" or credible in the eyes of the audience. Instead, it is a sign of a lack of preparation, a lack of any practical understanding of the question, or a self-centered disrespect to one's colleagues on the panel --- and sometimes all three.

The need for respect applies with equal force to the moderator. The moderator must be willing to enforce time limits but, at the same time, must ensure that each panelist has the opportunity that he or she was promised. Telling a panelist who had prepared to speak for 15 minute that he or she has to "cut it short" once the session has begun, is not only an obvious sign of poor management of the discussion, but is also highly disrespectful.

Moderators also must avoid saying anything that could be interpreted as belittling or devaluing the contribution of a panelist or from a member of the audience. (I have seen outrageous examples of this, even at some of the most prestigious international legal conferences.) It is not the moderator's role to be an acerbic commentator or critic. Such arrogance has no place in any forum, and especially not in a panel discussion by one's professional colleagues. If you believe that being a moderator is an opportunity to show the world how smart, witty, or analytical you are, seek a career in television. You have no place in a serious panel discussion at a professional conference.

One of the most effective panelists I know always ends a short presentation, comment, or answer with a question to another panelist or to the audience. This prevents the panel discussion from degrading into serial monologues and also keeps the audience engaged. Asking questions of the audience during the discussion, rather than waiting until the end, if there is time, is a much better way to involve the audience.

7.  Remember that you are part of a group.

In a true panel discussion, your role is to advance the conversation to a set of practical conclusions that will be useful to the audience. It is not to show how smart you are or that you know more about a subject than your colleagues on the panel. It is not to market your services to the audience. Your credibility will be influenced more by how you contribute to the group discussion in a productive way, than by trying to impress anyone with your expertise.