watching how the numbers move 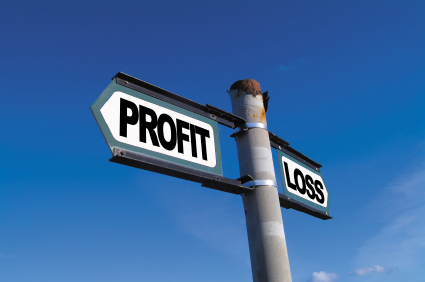 Most law firm leaders and managers watch their numbers very closely, but they often fail to notice how those numbers move.

Understanding variation in performance -- how the numbers move -- can provide profound insights into improving profitability.

The concept of variation is based on the observation that nobody does the same thing exactly the same way two times in a row.

Variation is natural in any human activity. Few things ever move along strictly at "average." In some months, for example, performance might be above average and in others it might be below. However, when the numbers start to move significantly above or below the average, this might be unusual variation, and also a sign of a problem.

Variation is one of the most important aspects of performance measurement. The extent to which performance varies -- better or worse --- from the average usually is more important than the number itself. It can be a sign of a chronic problem or vulnerability that should be corrected, or, sometimes, a sign of something that the firm is doing very well (usually with realizing it).

Why is variation important?

What should be the response to unusual variation?

The important word is unusual.

One month of unusual variation is not usually cause for alarm; but continued variation over three or four months usually should be investigated. In most instances, law firm partners can easily explain a one-time peak or low point in a measurement. (This is known as a special cause.) However, when the unusual variation persists over time, and there is no special cause that explains it, the time has come to examine the work processes that produce the highly variable measurements.

The good news is that, in many instances, finding and fixing the cause, usually buried deep inside the work processes of the firm, can substantially reduce the variation back into normal limits. Moreover, using variation in performance as a guide to dig down to the underlying causes will produce sustainable improvements, not the short-lived superficial quick fixes that result from brainstorming, hunches, or exhortations to "just work harder."

There are five performance measurements to watch especially closely for unusual variation.

Most law firms produce these measurements quarterly, and some even monthly; but many law firm partners and managers focus on the numbers themselves, rather than how they might have changed from the previous month or how they are significantly higher or lower than average. Each of these five measurements has a direct relationship to the profitability of a law firm, a practice group, and, in some instances, an individual partner's book of business.

Are your numbers moving around too much?

Are you concerned about inconsistent performance in your law firm or practice group? Walker Clark members have been helping law firms and practice groups to measure, understand, and reduce unwanted variation in financial performance in law firms for more than 20 years. To discuss how Walker Clark can help your firm detect and respond to the causes of profit-draining variation in performance, contact us at This email address is being protected from spambots. You need JavaScript enabled to view it. or by telephone at one of the numbers at the bottom of this page.

Click here to learn more about Walker Clark services to build sustainable profitability in any law firm, of any size, anywhere in the world.