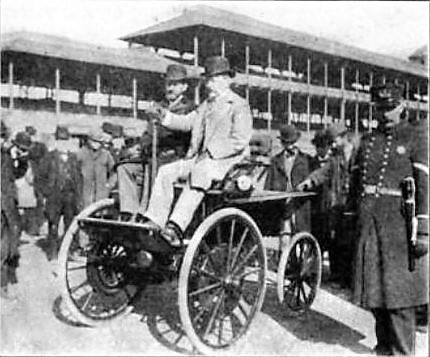 You might have missed an  important news item in today's issue of the New York Times.

It reports an event that might be the most important piece of business news this year...

...and possibly for the next ten years.

The New York Times reports that the U.S. based electric automobile manufacturer Tesla has surpassed one of the two survivors of the "Detroit Big Three," Ford, in market value.

Quoting from the article "Tesla Passes Ford in Market Value as Investors Bet on the Future":

"On Monday, Tesla surpassed Ford Motor in market value for the first time and moved within striking distance of General Motors, starkly illustrating the growing gap in investors' optimism over its future versus the prospects for the traditional carmakers from Detroit."

"While G.M. and Ford may have strong profits and healthy balance sheets, Tesla offers something Wall Street loves much more: the potential for dramatic growth."

We are watching a classic paradigm shift.Traditional automobile manufacturers, like Ford, still cling to the carbon-fueled internal combustion engine, even in "hybrid" engines which also occasionally use electricity to power the vehicle. At General Motors, their Volt electric car seems to be a half-hearted marketing stunt aimed at a few environmentally-conscious consumers, while G.M. continues to promote bigger, heavier, carbon-powered car-truck chimeras to the general public.

Tesla, by contrast, has no investment, financial or -- most importantly -- emotional, in making cars that are powered basically the same way that they have been for the past 125 years.

Investors are already telling us whose vision is more likely to prevail.

Quiet events, like Tesla silently creeping ahead of Ford in market value yesterday, often go unnoticed. One of the most difficult challenges for law firms today is for partners to remain alert and perceptive in rapidly changing economic, geo-political, and regulatory environments. They must not only be able to spot significant signs when they appear, but must be perceptive enough to understand what those signs might mean for their clients and, consequently, for their practices.

There is only one thing worse than not noticing these quiet signs and portents: noticing them but denying that they will have any effect on us.

About our image: The Morris & Salom Electrobat II was the first usable fully-electric motor vehicle in the United States. To learn more, read "The Electric Taxi Company You Could Have Called in 1900," The Atlantic (15 March 2011).