"What if?" - the need for cautious pessimism in law firm strategic planning 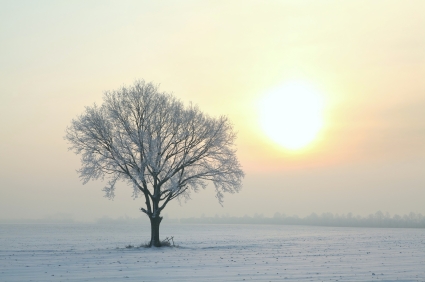 It is one thing to envision the year 2025.  It is quite another to know how to get there.

Last Friday, I attended the annual IBA Law Firm Management Conference in Moscow. The lead-off session was a series of five-minute descriptions by an interesting range of law firm leaders and partners about what their respective law firms would be like in the year 2025. I was impressed, but also a little concerned, by the robust optimism that powered most of the these talks.

Most of the speakers described their firms ten years from now as major regional leaders, with many times more partners than now and a high degree of reliance on technology -- even artificial intelligence -- to help lawyers work much more efficiently and profitabily. To be fair, these speakers each had only five minutes; but most (but definitely not all) of these presentations lacked any reference, direct or inferential, to how the firms would evaluate and manage some significant risks that lie ahead.

It is one thing to envision the year 2025.  It is quite another to know how to get there.

Optimism is a good thing in business. There is a high correlation between a realistically optimistic outlook and successful achievement of strategic goals. It also is a good leadership skill, when it is well-informed and credible.  Sometimes, however, we lawyers count too much on optimistic assumptions and avoid thinking about what could go wrong. In many law firms, any mention of the risks that might -- repeat, might -- be ahead is quickly dismissed: "That won't affect us." "We can cross that bridge when we come to it."

As our firm studies global, regional, and national developments, to assess their possible impact on the future of our clients' law firms, we have identified several very serious crises that could arise in the next ten years and could shake the financial and organizational foundations of many law firms that are surprised by them. This post presents three such scenarios that have particular relevance for law firms everywhere.

I want to stress that the probability of any of these scenarios is relatively low -- in the 10% to 20% range (I hope). This sounds like a low risk, but any of them that do arise between now and 2025 could have a catastrophic effect on business, trade, civil society, communities, and, ultimately, the law firms that serve them. Morevover, each of these scenarios is based on signs and portents that are already appearing at the end of 2015.

Although the increase in atmospheric carbon levels slows slightly, it is not enough to prevent the long-term rise in atmospheric temperatures from surpassing the 2 degree Celsius "tipping point" by the early 2020s, decades before it was expected.

The financial and political power of fossil fuel industries thwart any serious efforts by governents in some of the leading greenhouse gas generators to promote renewable energy sources or reduce economic dependence on carbon. The world's leading economies sponsor conferences and set targets, but most of them take only token actions against global warming. Some developing countries, such as India, perceive the threat and are willing to throttle back some aspects of their growth in order to advance the common good. Others, like the United States, lack the internal political will actually to make significant changes. By the middle of the 2020s the world's almost all of the world's economies are beginning to struggle against violent weather, drought, famines, other direct and indirect consequences of global warming, decades before we expected them. Air pollution in major cities in China, Africa, and South America produce almost-weekly "red alert" medical emergencies.

scenario 2: a "Thirty Years War" in the Middle East and Central Asia

Conflicts in the Middle East spread into Central Asia, the Arabian Peninsula, and Eastern Africa. The economic vitality of the entire region is slowly drained, as are the military budgets of the major powers. The local effects of war, such as a permanent refugee crisis and deteioriating public health, get worse and spread with the conflict; and it will probably take two or three generations for the region to recover to pre-2000 levels.

Major powers, like the United States, France, the United Kingdom, and the Russian Federation, find themselves in a permanent wartime environment, with insufficient resources, attention, or political will to counter a rapidly deterioriating social and industrial infrastructure in their countries. Foreign and military policy in these countries is affected by political extremism in domestic politics, as prominent politicians call for mass deportations, internments based on religion or ethnic origin, and even the use of nuclear weapons.

Beginning in the late 2010s, after remaining on the sidelines, China is drawn into more active diplomatic and military roles. Bilateral disagreements involving China, the United States, and Russia, over political and economic tensions elsewhere, as well as operational issues within the region, continue to complicate their efforts to define common objectives and to manage their cooperation. The great powers fail to find an effective, sustainable response to the destablizing amalgam of global terrorism by non-state organizations and long-standing local ethnic and religious disputes.  Like the European powers in the late 19th and early 20th centuries, who tried to localize conflicts in order to avoid a general European war, the global powers of the 21st century accept a long-term attrition, something like the Thirty Years War (1618-1648) in terms of its great cost and devastation.  However, the risk that a 21st century "Sarajevo-like" incident, such as the detonation of a nuclear device by a terrorist group, that could lead to World War III, remains.

In the United States, especially, banks and investment funds return to their pre-2008 lending and investment practices, as legislation, such as Dodd-Frank, and similar regulatory reforms are repealed or thwarted by a conservative Congress. The bubble bursts again in the early 2020s. Popular opposition to bailouts result in the failure of "too big to fail" institutions. By 2025, much of the developed world is several years into another recession, which is deeper, more widespread, and more persistent than the Great Recession earlier in the century. Unemployment reaches levels in North America and Europe that have not been seen since the 1930s. Some economies, such as Russia and India, are somewhat insulated from these effects, but they are felt to some extent everywhere.  Some of the largest economic powers, especially in  North America and Europe, fail to consider the lessons of the early 2010s and again resort to financial austerity as their only response, which only deepens and prolongs the recession. These conditions lead to increased civil unrest and political extremism in some countries that traditionally have enjoyed relatively peaceful political and social environments.

I really hope that I am wrong...

I hope that none of these scenarios ever comes true.

Although each of these three scenarios is possible, we believe that the probability of any of them happening is 20% or less. Nonetheless, the possible consequences, even if only one of these three scenarios develop roughly along the lines that I have sketched, could be very severe. Any one of these risks could produce a economic, social, and political disruptions that could last for years and could shape the future success of law firms and their clients.  By investing a little time in a serious discussion of What would we do if..., law firms can be better prepared to respond if any of these scenarios, or something like them, become a reality.

Hope for the best, but prepare for the worst.

Click here to learn more about how Walker Clark LLC can help your firm evaluate low-probability high-impact risks like these.