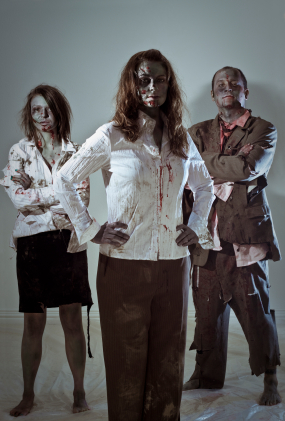 There is an old saying among law firm managers: "Even the best-managed law firm is only 90 days from bankruptcy."

This is because most law firms traditionally have been woefully under-capitalized. After the infusion of a relatively small amount of cash to fund start-up costs, most law firms rely on reasonably predictable cash flow to keep their enterprises afloat. This is why many law firms have difficulty funding growth, are seriously challenged by short-term cash flow droughts (even the predictable ones), and rely too much on relatively expensive lines of credit as their financial safety net.

The recent financial crises in most of the developed world have made this traditional approach a lot riskier. We have seen under-capitalization as a factor (although not the only one) in the collapse of some previously successful and well-regarded law firms. There is an even larger group of firms that still function, but due more to good luck than smart financial management. To some extent, some of these firms are already financial zombies. They survive due to good luck, deft financial management, and the persistence of partners — none of which can sustain them indefinitely.

My great-grandmother would have described these firms as "dead, but still walking around to save funeral expenses."

There is a piece in the on-line edition of The Lawyer should be required reading for law firm partners outside the United Kingdom. "Fresh routes to funding growth," by Matt Jackson of Slater & Gordon, is an excellent summary of the new funding mechanisms now available to law firms under the Legal Services Act of 2012.

These new funding options could restore vitality to many zombie law firms in the United States. However, the American legal profession first needs to reconsider its stubborn opposition to non-lawyer ownership of law firms and to fashion similar funding options that will protect the professional independence of firms that choose to adopt them.