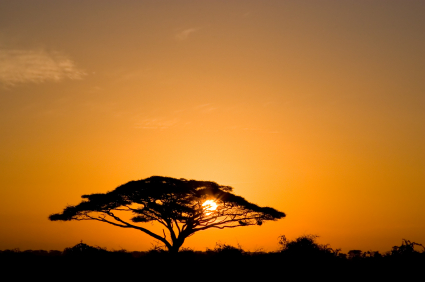 There are no shortcuts for leaders in law firms. Managing change takes an investment of partner time and attention. It relies on a compelling business case, backed up by data and evidence, that propels a shift in how people see themselves and their futures. This gives them a reason to think and act differently.

This post contains highlights of my chapter "Managing Change," which will be published in a new book, Good Governance in Law Firms: A Strategic Approach to Executive Decision Making and Management Structures (Globe Law and Business, April 2014).

Law firm partners everywhere can learn about managing change from the experience of the Maasai people of East Africa. Their story has many instructive points that need to be considered.

Killing a lion was a traditional rite of passage for adolescent boys and the only true mark of a respected warrior. Without warrior status, the young man could not find anyone who would want to marry him. He would not be able to start a family of his own, and he would be disgraced in his tribal community.

The Maasai people selected young leaders based on their lion-hunting prowess. The more lions a warrior killed, the greater his prestige. Solo lion hunting was respected as the ultimate test of passion, and was also evidence of advanced hunting skills and extreme confidence.

For the Maasai, the killing of lions was a rational part of their traditional culture. However, in a remarkable turnaround that integrates ancient traditions with innovations, some of the Maasai communities are choosing conservation over killing lions.

Why the shift? The custom of hunting lions was more than a test of manliness or a source of pride. It also has an economic purpose for the community. Lions and other big game kill domestic livestock such as cows, goats, sheep and donkeys. In doing so, they endanger the economic stability of the community and sometimes the physical safety of tribal families. The traditional response to an attack on domestic livestock was to track the predator and kill it.

This not only satisfied important economic needs, but supported traditional Maasai culture. Maasai hunters needed to remove lions that killed livestock and would likely kill again. The Maasai also wanted to prevent lions from becoming dependent on domestic animals for food, which would also pose a risk to the safety of the people who tended them.

Over the past 20 years the environmental and economic context has changed in East Africa. Twenty years ago there were 120,000 lions in Africa. Today there are approximately 25,000 and the numbers across the continent are falling fast. The human population in East Africa is growing and therefore demanding more land and resources. Retaliatory killings of lions by Maasai tribesmen are increasing, as the lions are forced into closer proximity to tribal communities with even more people and livestock.

In some areas lions are becoming extinct. If their populations are not brought up to sustainable levels, they will disappear completely. The integrity of ecosystems is at stake and with it, the influx of tourist-based income to the region.

A fundamental part of Maasai culture had to change. Today in southern Kenya and elsewhere in East Africa, the Maasai are partnering with land preservation trusts and others to respond to these challenges.

Warriors in the Maasai culture are just as important as they always have been. However, the role of the respected male warrior is being redefined in terms of providing for the family and creating economic stability for the tribe, and no longer in terms of killing lions. For some, the status of warrior is now achieved by going to school and eventually working with others to get a job and earn money, rather than by killing a lion in a solitary rite of passage.

Maasai warriors also earn prestige as lion protectors, using new technology for tracking and migration monitoring. Traditionally viewed as experts on lion behaviour, the new warriors now educate their communities on the importance of wildlife conservation and improving the construction of livestock corrals. Technology is not the only tool, however. The Maasai even employ what could be described as 'proactive conflict mitigation', by anticipating attacks and scaring lions away from the improved livestock corrals. Usually the most effective 'technology' is banging pots and pans. Even though they are ancient, these tools still work well.

There are a number of successful arrangements in place where the Maasai are compensated for lost or maimed livestock through a verification and payment process. These economic incentives have had the most impact where elders and other members of the Maasai community along with ranch administrators and local officials all participate in developing and implementing the guidelines for verifying and paying claims. Some warriors are touring the world to explain their innovative programmes and to encourage tourism and investment from philanthropic funds.

On some ranches that participate in conservation programmes, the numbers of lions are increasing and have almost returned to sustainable levels. Tourism is thriving, in part due to the conservation efforts.

What does this say about how law firms have traditionally managed change? The analogies that can be extracted from the experience of the Maasai people are, of course, imperfect when applied to law firms; but the common basic components, which are already observable in law firms that manage change well, suggest a need for most law firms to consider not only the substance of the changes that they will need to make in order to remain competitive in a fast-changing global legal market, but also to examine how they will make and manage those changes.

Most significantly, as with the Maasai lion conservation programme, changes in law firms cannot be one-off events, but instead should be aimed at producing sustainable long-term results, as well as an ongoing process to ensure future changes are managed effectively.

The Maasai lions will be with us 20 years from now. Will your law firm?