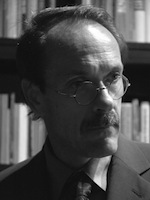 Daniel E. Miller is a senior consultant for Walker Clark LLC and specializes in business strategy and related economic, political, and cultural issues in the legal markets of Europe, with particular experience in expertise in the Central European countries of the Czech Republic, Hungary, Poland, Romania, and Slovakia. He is a member of the Walker Clark Central and Eastern Europe Group.

Dr. Miller’s publications include Forging Political Compromise: Antonín Švehla and the Czechoslovak Republican Party (1918-1933), which deals with agrarian politics and democracy in Czechoslovakia between the two world wars. It appears in Czech translation as Antonín Švehla mistr kompromisu (Argo, 2001). He is the co-editor of a volume in Czech dealing with the history of agrarian movement in the Czech Republic and Slovakia and the author of numerous chapters, articles, reviews, and other works related to Slovak and Czech agricultural politics and other topics both in Czech and English. He currently is working on a monograph dealing with the creation of new agricultural settlements on the great estates during the land reform between the world wars in Czechoslovakia. He also is researching the historic antecedents of consensual democracy in Slovakia and the Czech Republic.

Research and teaching frequently take Dr. Miller to over a dozen European countries, especially those in Central Europe.

Send an e-mail to Dan Miller