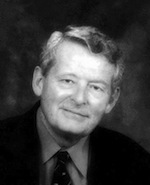 William C. Henderson, II, is an experienced international lawyer and educator who specializes in international business strategy, legal management, and professional development in the legal profession. Based in Italy, Bill's primary geographic focus is with Walker Clark clients in Europe; but he also supports Walker Clark engagements worldwide.

Bill Henderson practices international law in Europe, where he also teaches university and graduate level courses in management and international business strategy. His professional experience includes management of an international legal services organization in the Asia-Pacific region, including Australia. He served a three-year term as the presiding judge of a geographically dispersed judicial circuit, while also presiding in major felony trials. His practice as an admiralty lawyer in an international U.S.-based firm included substantial responsibilities in the litigation of one of the largest insurance coverage cases ever to arise in the petroleum industry.

Bill's legal management experience also includes service as the deputy director of a civil litigation division in a large agency of the U.S. Federal government, supervising lawyers and cases throughout the United States and internationally.

Bill Henderson holds a Juris Doctor degree from Boston University and a Master of Laws (with Highest Honors) from the George Washington University.

Bill's languages include English and Italian.